The elephant in the Zoom: how to support elephant welfare Rates start from US$ 75 to bring elephants in on a Zoom video call for ten minutes.  For US$ 145 callers also get a two-minute introduction to their three-ton video call companions and a three-minute question and answer session conducted by one of the GTAEF’s elephant experts.  All funds raised through people or organisations booking elephants to partake in their video conferencing will be shared by H-ELP and GTAEF to care for Asian elephants.

The Zoom fundraising initiative follows the success of the GTAEF’s twice-daily livestreams of elephants enjoying their walks in the jungle and taking a mud bath in the Mekong River, that garnered more than five million views since its home base, Anantara Golden Triangle Elephant Camp & Resort in Northern Thailand, temporarily closed its doors in the wake of the Covid-19 pandemic.  The resort is world famous for its elephant camp that, along with the GTAEF, was set up in 2003 primarily to help street begging elephants and others that could not help themselves.  Twenty-three elephants now live in the jungle environment of the resort along with their entire mahout (carer) families, who also receive one hundred percent of the profits from a traditional silkworm business that the resort set up for them. During the Zoom video call, participants can virtually participate in unique and once-in-a-lifetime elephant experiences, including the resort’s Walking With Giants signature experience that provides an optimum way of getting to know the elephants and develop a deeper emotional connection with them.  Championing the natural joy of daily free-roaming time, accompanied by the mahouts and either an elephant veterinarian or biologist, the activity offers insights from scientific experts about how these intelligent creatures think and behave as well as their social interaction in their native habitat.  The fun of either a river bath or mud playtime demonstrates just how cheeky these graceful animals can be.

H-ELP is an Australian organisation that aims to improve the welfare of working elephants in Asia through the systematic application of humane, evidence-based training initiatives, education and engagement with local communities and relevant stakeholders. Commenting on the virtual opportunity to raise funds for the care of elephants, Ms Marlee Horobin, chairperson of H-ELP, said that Asian elephants are already endangered due to poaching and loss of habitat.  “The drying up of funds to support domesticated elephants means there is a real risk many could starve, or their parts end up elsewhere in Asia for medicinal purposes. This is a chance for us to raise funds to prevent that and it also gives corporations and other organisations, including educational, the opportunity to incorporate corporate social responsibility into their Zoom calls as well”, Ms Horobin said.

John Roberts, Anantara’s group director of sustainability and conservation, said that the almost total disappearance of tourism throughout Thailand due to Covid-19 continues to have a negative effect on the Kingdom’s 3,800-odd captive elephants. “Their carers still need to find an approximate US$ 20 per day just to feed their elephant, let alone their own family, and meet all their other needs – elephants consume between six and ten percent of their bodyweight daily, and it costs approximately US$ 18,000 to look after a single elephant for a year. “To compound matters, the pandemic has reportedly forced at least eighty-five elephant camps in Northern Thailand to close and as a result Anantara Golden Triangle Elephant Camp & Resort and the Golden Triangle Asian Elephant Foundation have expanded their work to meet the Covid-19 challenge, including lending a helping hand and resources to Thailand’s traditional elephant owning and wild elephant communities.  Since the start of the national lockdown in Thailand in March, we have taken in three elephants and their carers.  The Covid-19 elephant refugees, whose camps were unable to care for them and would ultimately have left them unfriended and unfed, are now matched with friendship groups and, of course, have their own diet plan.

“To further support the mahout and elephant community across Northern Thailand, we enlisted the help of international elephant welfare organisations to subsidise the wages of fourteen elephant specialist veterinarians, veterinarian nurses and traditional healers who were previously employed by tourism businesses.  They are now available to treat any elephant north of Bangkok and to provide support for the Thai Government’s veterinarians”, said Mr Roberts.

Ms Horobin concluded by saying that the idea by H-ELP to Zoom Asia’s elephants into boardrooms and living rooms for a nominal donation can be a welcome respite for many.  “You can share the excitement of a couple of gentle giants joining your meeting knowing that, in so doing, you are helping those elephants and many like them get through this crisis for a better life.”

H-ELP can coordinate elephants to join in on Zoom video calls that take place during Thailand daylight hours, from approximately 11pm GMT to 11am GMT.  Visit the H-ELP website (www.h-elp.org) and click “Shop to support H-ELP” to invite and support your gentle giant. 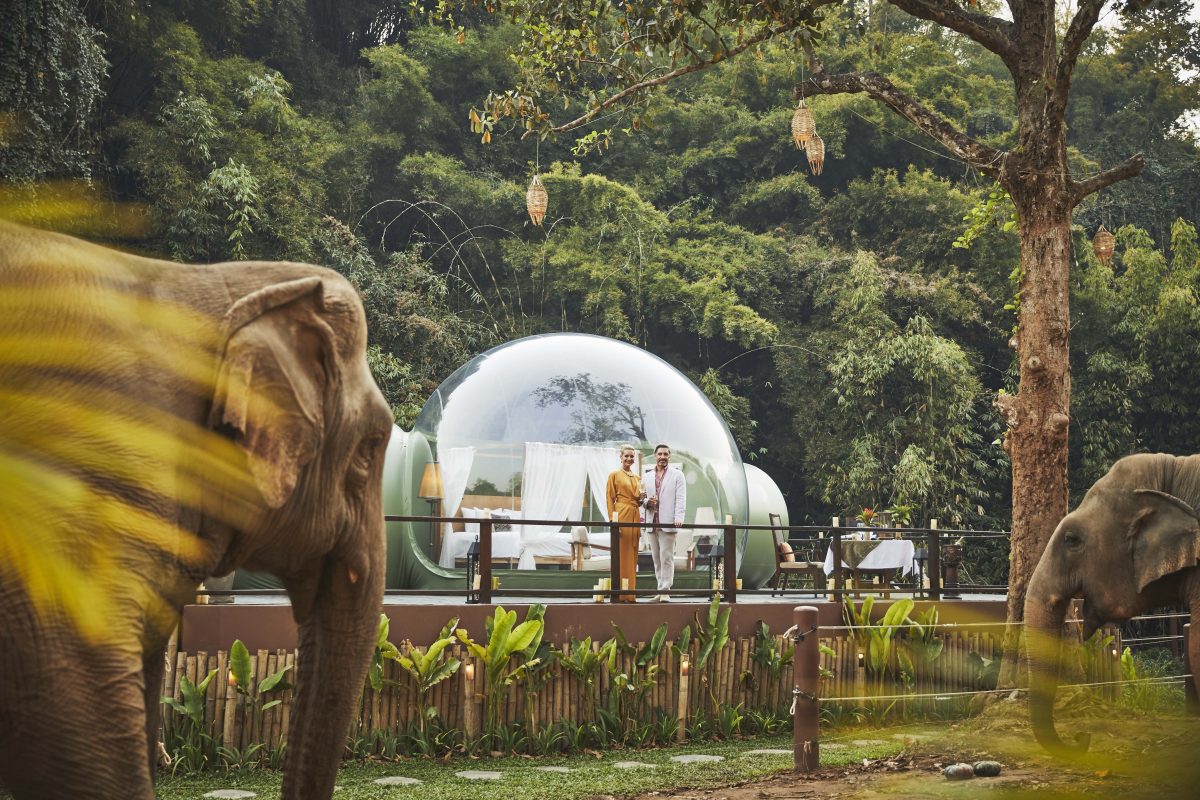