Quiet exploration of novel sights, many not mentioned in mainstream travel brochures, await visitors to this quiet Thai town 100km east of Bangkok.

Located just 100km east of Bangkok, Chachoengsao is one of the easiest places to visit for a daytrip. Perhaps best known for the Bangpakong River and the Wat Luang Por Sothorn, which houses some of Thailand’s most revered Buddha images, it is hardly on anybody’s mainstream tourism map. But we thought it should be. In fact there are recent effort to focus more attention to Chachoengsao’s neglected tourism potential. The history of Chachoengsao (Paet Rio) dates to the reign of King Borommatrailokkanat (Ayutthaya period) when many people settled around the Bangpakong River and its canals. Chacheongsao is a Khmer word meaning “deep canal.” In the past, it was a fourth class city until the reign of King Rama V who changed the administration system, and Chachoengsao became a city in the Prachinburi Circle. It became province in 1916. Today, Chachoengsao is a relatively progressive province but with a way of life that for the most part has remained charming and gracious as in the old days. Accessibility may not be the best reason, but for many it’s the first reason to visit Chanchoengsao. Its proximity to Bangkok makes it very attractive. There is more to it than can be seen in a day but a daytrip is perfect for those who don’t have enough time to venture outside Bangkok, have already seen the likes of Ayutthaya, Pattaya or Kanchanaburi, and are ready for a deeper exploration and appreciation of the Thai way of life. Next, and more important reason, of course, is immersing yourself to mores and values that might give you better understanding of the Thais and their culture as well as to discover a Thai destination less touristy than you usually visit.

What to see and do
Wat Luang Sothorn, best known for its principal Buddha statue, known as Phra Phuthasothon or Luang Por Sothorn. It is a humunguous Thai temple, and an important; a fitting first stop to what can be a “mini-religious circuit” tour of sorts. Ban Mai market, after about 30 minutes of a leisurely sightseeing along the river, for lunch. The riverside restaurant was called Ban Pa Nu, and served an amazing lunch indeed, with Thai delicacies one can seldom taste in urban Bangkok. Ban Mai means “new village” – probably what it was during its establishment during the reign of King Rama V (1868-1910). Today though, the market is a living testament to a lifestyle that had since faded from many part of modern Thailand. It is quite interesting how the locals have preserved the market and their traditional lifestyles. The old wooden houses, which nestle many small stores and shops, are still in excellent condition. From Ban Mai, you can walk to Wat Chin Pracha Samosorn (of the Mahayana sect; Thailand’s Buddhism is Theravada). It was a shining example of Thai cultural and religious tolerance. The World Sand Sculpture, a fairly novel attraction in the province; a 30-year-old Thai dessert shop named Rin, and a relatively new place where one can learn about pottery and clay sculpture – Koomwimarndin. The third quasi-religious sortie to include is to Wat Samanratanaram, home to a large reclining statue of the Hindu god, Ganesh, said to be the biggest in Thailand, at 16m in height and 22m in length. And these are just a few. We have already mentioned the Ban Mai market, where a riverside restaurant called Ban Pa Nu, serves an amazing lunch indeed, with Thai delicacies one can seldom taste in urban Bangkok. If you’re staying to experience the nightlife, be warned that the city sleeps early unlike say, Pattaya, but you may find bars with a relatively a buzzing and comfortable atmosphere like the Chaun Bar, located on the same road as Wat Saton. The bar has an entertaining live band performing from around 8pm till late. Or you can check out the Dome, Chachoengsao’s big nightclub. People of all ages patronize Dome for its mixture of dance music. There’s a live band every night, playing Thai and foreign music. Best to have a local friend to enjoy a a bottle of Blend (cheap Thai whiskey) and party.

Sleep
From B&B facilities and guesthouses, to boutique hotels and design accommodations, to resort hotels and spas, there’s no dearth of places to stay in Chachoengsao. To get the best rates and offers, it is advisable to check the Internet for their individual websites and book there directly as it is often cheaper to book in the Net than if you are a walk-in guest. Unless you plan to stay more than one day, stick to your hotel in Bangkok.

How to get there
By train — A train leaves Hualamphong station to Chachoengsao every hour from 5:55 a.m. to 6:25 p.m. daily. The trip is about one-and-a-half hours. Price for a third class train ticket is Bt13 (for foreigners). For more info, call 1690, 02-220-4334, contact the Chachoengsao Railway Station at 038-511-007, or visit www.railway.co.th.
Or if you’re more adventurous, take the Airport Link and get off at Lad Krabang station (between Suvarnabhumi International Airport and Bangkok’s downtown area). Call 1690; visit www.railway.co.th for more details, although if you’re new to Thailand, it may be difficult to get proper transport connections from there. 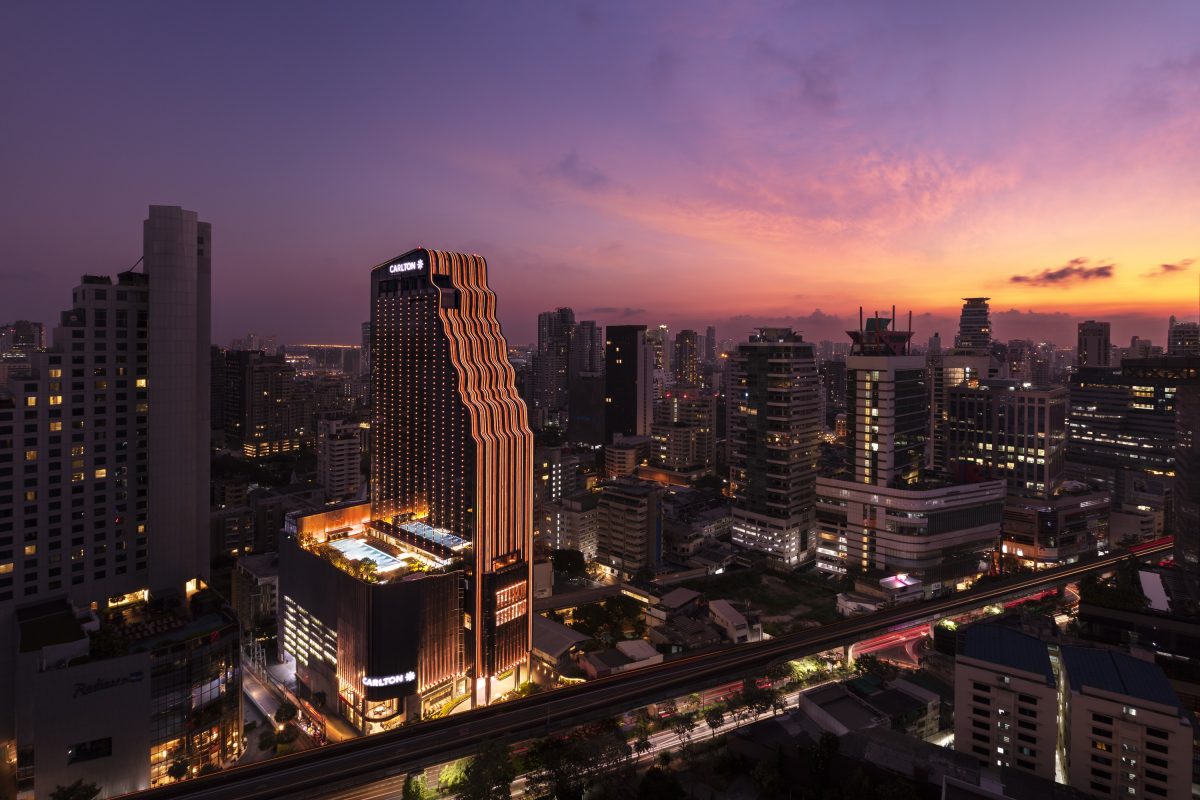 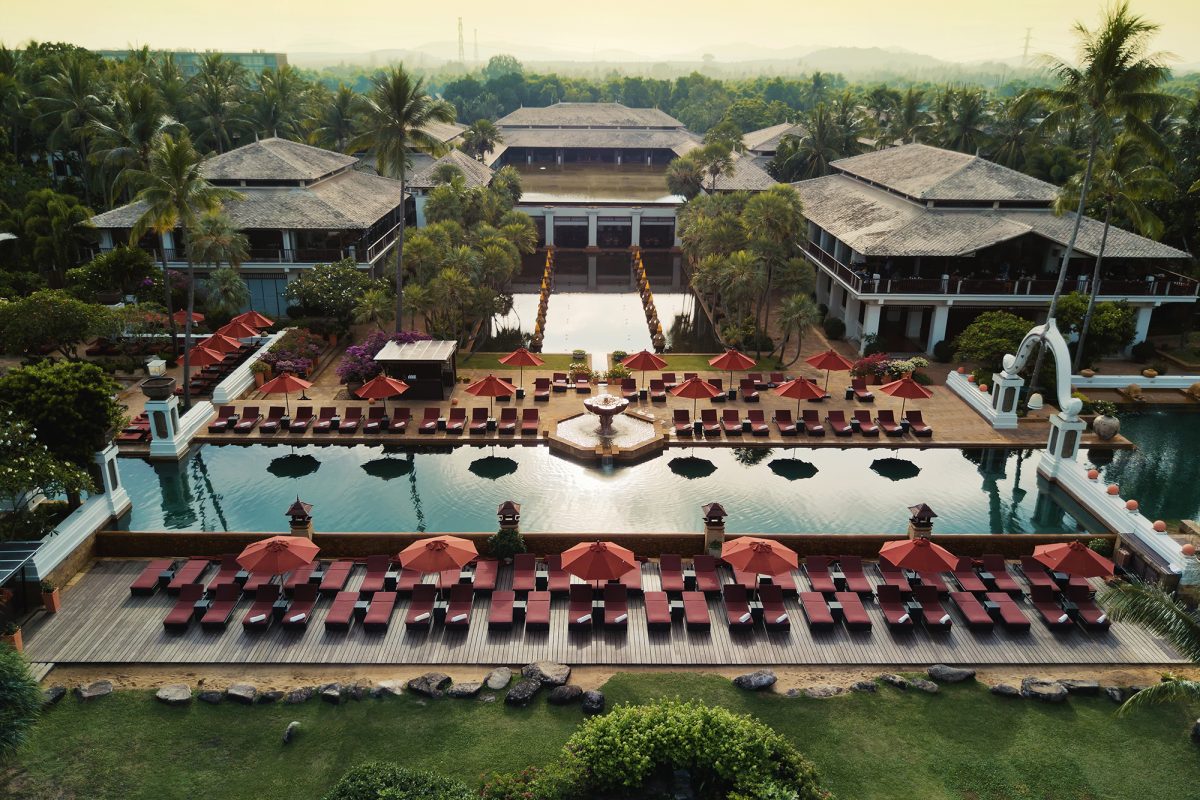