Held under the concept of “Revolution in Motion,” the Bangkok International Motor Show is back in its 39th version from March 28 to April 8, 2018, at IMPACT Challenger Muang Thong Thani.

The Revolution in Motion theme addresses the fact that, through development in automotive technology, automobiles have evolved to be more than just vehicles, enhancing safety, efficiency, performance, and comfort, to play an important role in fulfilling the needs of daily life needs.

Dr. Prachin Eamlumnow, CEO of Grand Prix International PLC and the Organizing Chairman of this motor show said this is “the No. 1 motor show in ASEAN; the show is still able to capture attention from entrepreneurs in the automotive industry ranging from car and motorcycle makers to auto parts manufacturers to participate the show.”

More than 30 car companies will participate this year, including:

The show is slowly growing to a new dimension as this year it received the collaboration from the auto parts and accessories entrepreneurs association of China, which is participating on the show for the first time. It will feature concept cars along with new model launched for the first time in Thailand. In addition, there will be workshops and shows performed under special light and sound effects equivalent to those of the world-class shows.

But the highlight of the event will be the “Electric Vehicle,” that is, not just a personal automobile but one that will also benefit agriculture, transportation, and the motorsports industries.

Where: Challenger Hall 1-3, IMPACT Muang Thani. Parking will accommodate up to 3,000 cars but taking public transportation is strongly suggested y the organization.

How much: THB 100 per ticket, including a chance in “Buy Ticket & Get a Chance to Win a Car” lucky draw (prizes include cars and motorcycles with the total value exceeding THB 2,500,000; to participate in the lucky draw, complete the questionnaire available at the entrances halls or via the Bangkok International Motor Show mobile app.) Download the mobile app and get a 10 percent discount as well as other benefits. 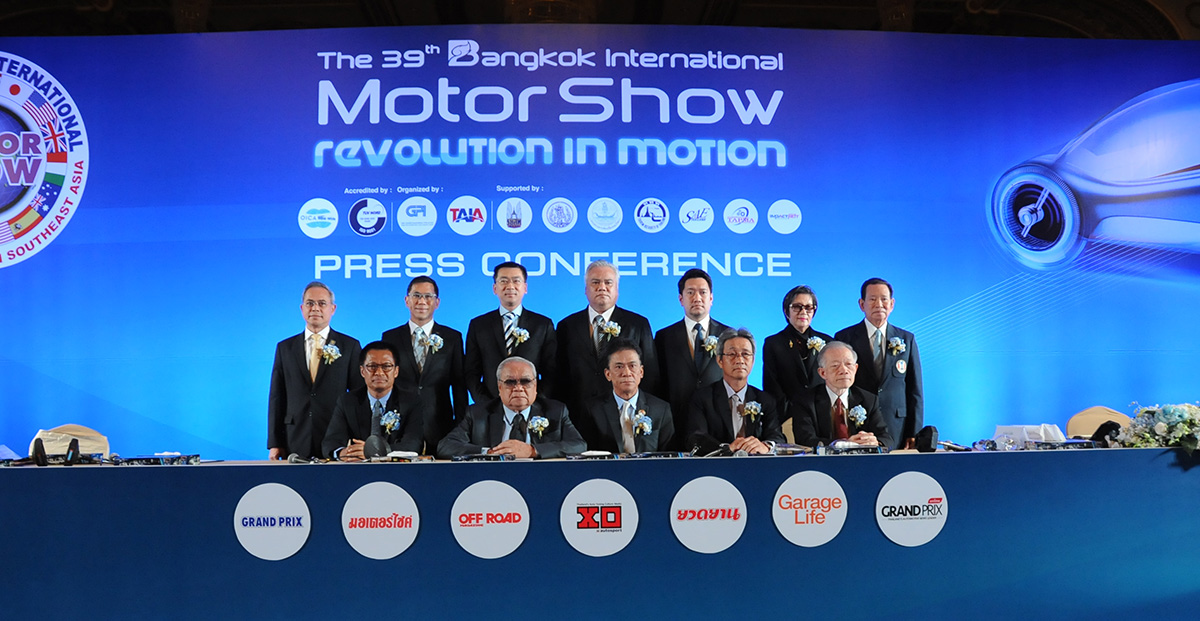